The Nigeria Police, Kaduna State Command, on Wednesday paraded the suspected killers of a senior naval officer, Commander Oluwayemisi Ogundana. Commander Oluwayemisi Ogundana, was recently declared missing before her body was found in shallow well. Also, the suspected killers of three operatives of IGP’S Intelligent Response Team and kidnappers of the Ahmadu Bello University students, Zaria, were paraded along other suspects of various criminal offences. Kaduna state Commissioner of Police, Ali Aji Janga, while addressing newsmen, said the suspects were arrested after a carefully planned coordinated operation carried out by the command’s officers. The suspects, who were arrested on the account of alleged killing of police officers were said to have been in the business for sometimes before their arrest. The leader of the gang, Adamu Ishaku, before his arrest along other members of his group, has been parading himself to be a civil staff of the Nigerian Air Force. Ishaku, who is 45 years old, was arrested with other eight members; six female and two male suspects. Kaduna State Commissioner of Police, Ali Aji Janga said the Command has sustained the fight against, kidnapping, armed banditry, Cattle rustling and other violent crimes being perpetrated against the law abiding citizens of the state. According to him, the Command’s tirless efforts to rid the state of violent crimes have yielded a fruitful result with the arrest of 50 suspects of various criminal activities. Speaking on the issue of the abducted Engravers Boarding School students and staff, which occurred last week, CP Ali said they were doing everything possible to rescue the students and the teachers. “We are negotiating with the kidnappers to rescue these students and their teachers, we know the location of the kidnappers but, we do not want to endanger their lives. “Most of these kidnappers are operating under the influence of hard drugs, so killing is nothing to them, this is why we are still negotiating with them and as soon as the victims are released, we will go after them. “We are assuring the people of Kaduna State that we will arrest these kidnappers very soon. “Mistake has been done by the school authority, but we will do our best to ensure the release of these victims”. On the issue of Rigasa rehabilitation, the CP said it is very true that the children were involved in homosexuality. “We do not want to jeopardize our investigation, until we are through with our investigation, we will inform you,” he explained. The commissioner for Internal Security and Home Affairs, Mr. Samuel Aruwan, who was at the command to support the Commissioner of Police during the parade, said the officers and men of the police have been doing well. “We are here to lend our support to the Kaduna state police command just like the way we have been doing to other security agencies operating in the state, we commend their doggedness and appreciate their sacrifice,” he said. While calling on the media to keep enlightening the public on the efforts of the security agencies, Aruwan also called for the support of Kaduna State residents to volunteer information to the police in order to ease their work. Source: Daily Post 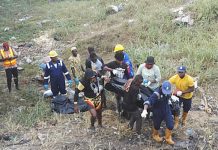 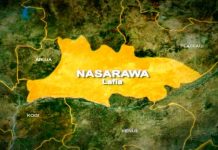 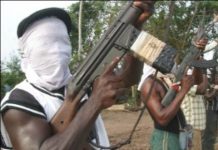