The Chief of Army Staff (COAS), Lt. General Tukur Buratai, has declared that the Boko Haram terrorists have been completely degraded that they are no longer in control of any Nigerian territory.

Buratai added that it was heart-warming that the battle tide was turned against the insurgents within the past two years following his appointment and the support of President Muhammadu Buhari for the military.

He made this known while declaring open a Retreat for Past Commanders of the on-going Counter-Terrorism and Counter-Insurgency Operations in the Northeast at the Nigerian Army Resource Centre, Abuja.

“As we are all aware, the emergence of the Boko Haram Terrorists (BHTs) led insurgency that began in 2009 in the Northeast has been one of the most daunting national security
challenges that have threatened and undermined the peace and security of Nigeria,” he said.

“The activities of the Group have inflicted overwhelming negative and destructive consequences on human lives, property, infrastructure and development in the entire landscape of North-Eastern (NE) Nigeria.

“The situation was so bad when I was appointed COAS in June 2015 that about 14 local government areas in Borno State were under the full control of the BHTs.

“Furthermore, their activities have reduced the socio-economic activities in the states of Borno, Adamawa and Yobe almost with concomitant hardship on the citizenry.

“This national security challenge that the BHTs pose to the Nigerian State informed Mr President’s directive to the Armed Forces to end the Boko Haram menace in three months from when he was sworn-in in May 2015.

“Additionally, I took over the mantle of leadership at a time troops morale in the NA was at its lowest ebb and the battle tide almost in favour of the BHTs.

“The need to swiftly respond to this challenge informed the fashioning of my mission statement which is ‘to have a professionally responsive NA in the discharge of its constitutional roles’.

“I am glad to say that Commanders have all keyed in to this vision, with the resultant effect of a change in battle tide against the BHTs, which led to the successful degradation of their military capability to hold any portion of the Nigerian territory.

“In the same vein, with the support of the Commander in Chief (C-in-C), despite the economic downturn, we have recorded significant achievements in improving the welfare of troops particularly those in the frontline in particular and the entire NA in general.” 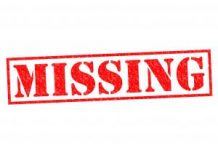